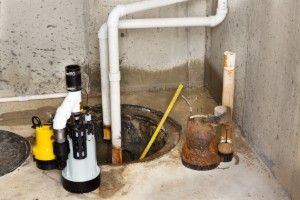 Crawl spaces don’t get as much attention as basements and other areas of the home that need waterproofing, but they are just as important. If you want a dry, clean, and safe home, your crawl space needs to be waterproofed.

Ideally, your home will be built with a sealed crawl space. This stops the problem before it starts by providing the greatest level of energy-efficiency and keeping the risk for moisture and mold growth low.

If you are in the process of building a new home and moisture is a concern for you, it’s important to consider the location where you are going to build your house. Analyzing the terrain and determining if flooding is frequent in the area can save you a lot of hassle in the long-run.

Problems tend to happen in areas where the ground rests just above the water table. This might not be a problem for homes built on a slab, but if your home will have a crawl space or basement, this isn’t the best area.

Not all houses had their crawl spaces sealed, so they need to find a solution now. Working with an expert who understands the importance of a dry crawl space makes the process easier and ensures your home has the protection it needs.

What do you need to know if you need crawl space waterproofing?

One of the most important factors in waterproofing a crawl space is creating exterior drainage and waterproofing around the foundation. This is especially important if the soil in the area is damp or if your home is located near a waterway, such as a river, lake, or pond. In these cases, it’s also a good idea to install a sump pump that has a battery backup. This way if your electricity goes out (as it tends to do during storms with heavy rains) your sump pump won’t stop working.

Finally, you’ll want to have gutters and drain pipes that allow rainwater to travel at least 8 feet away from the foundation of your home. The goal is to keep water away and out and to get it out as quickly when it gets in.

How Does the Air in Your Home Play a Role?

In addition to keeping floodwaters from draining into your home, it’s also important to consider the air in your crawl space. Moisture-controlled air is an essential part of keeping your crawl space dry.

You can do this by using a dehumidifier. This keeps the air in the crawl space dry, so even if water seeps into the area it won’t hang in the air and promote mold growth.

What Should You Do If There is a Flood and You Need Crawl Space Waterproofing?

Should the unthinkable occur and you find your crawl space flooded, don’t panic. You’ll need to take care of the problem as quickly as possible, but chances are with the right support you can fix it.

In general, if there are more than two inches of water for an extended time in your crawl space, it’s a good idea to call for professional waterproofing assistance. Less water in the space might not be a problem, but you can still request an evaluation if you are concerned.

Crawl space waterproofing professionals can identify a problem and devise a solution to fix it. Though there are DIY methods available for fixing a flooded crawl space, it’s not a good idea to tackle this project on your own. It’s easier to make the problem worse and you’ll end up spending more money and doing more damage in the long-run.

To learn more about crawl space waterproofing or to schedule a consultation with a professional after a flooding incident, contact Rapid Dry Restoration at 303.710.8423. 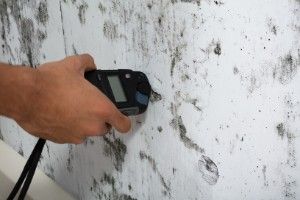 Mold and mildew are often used interchangeably to describe unwanted growth in damp areas, but they are not the same thing. Professional mildew and mold remediation will help you identify your problem and resolve it before it becomes a serious problem.

According to the Environmental Protection Agency (EPA), mildew is a certain kind of mold or fungus. Molds are specific species of microscopic fungi. It can grow in any kind of organic matter and inside of buildings with moisture problems. Mildew often thrives in areas with excessive moisture, especially bathrooms and basements.

Though mold and mildew are similar, their main difference stems from the risks they pose. But there are also structural differences. For example, mold penetrates the surface of where it’s growing. It is slimy or fuzzy and has an irregular growth pattern. It can also be different colors, including:

Mildew, on the other hand, is gray or white, though it will turn darker over time. It has a flat growth pattern and tends to look fluffy or powdery It remains on the surface of where it’s growing, making it much easier to remove then mold.

Why You Need to Remove Mildew and Schedule Mold Remediation

Despite their differences, mold and mildew both need to be removed as soon as possible because of the problems they’ll cause if they are left without treatment.

Mildew is typically considered less of a health risk than mold, but this is not to say it does not pose any health risks. Inhaling mildew can lead to a variety of respiratory problems and cause headaches, sore throats, and coughing.

Mold can lead to a great deal of structural damage if not treated. It can also trigger health problems that vary based on the strain of mold present. Some of the most common issues related to mold exposure include:

Black mold is particularly dangerous and can trigger long-term health effects, especially in those with weakened immunity and children.

Testing for Mold and Mildew

Even if you understand the difference between mold and mildew, you might not be sure which type of problem you have in your home. You might not even realize you have either type of problem, which is why it’s important to have professional testing if there’s any chance you have mold or mildew growth.

Professional mold and mildew testing identifies the problem, evaluates its severity, and provides information about how to eliminate the problem.

What to Do If You Have a Mold or Mildew Problem?

The best way to deal with mold and mildew is to prevent either from growing in the first place. Keep spaces free of excessive moisture by maintaining humidity levels between 40 and 50 percent. Use a dehumidifier if needed. It’s also important to have your heating and cooling systems inspected regularly and fix any leaks as soon as possible.

Mildew problems can sometimes be treated with household cleaners and no professional intervention. Just make sure you follow the instructions on the product you are using and work in a well-ventilated area. Home remedies are often enough to resolve a mild to moderate mildew problem.

Mold, however, is never a DIY project. Mold spores can become airborne and efforts to resolve a problem without professional assistance can lead to a much bigger problem. It’s best to treat mold problems early on, but growth might not be visible in the early stages. If you have any reason to suspect a mold problem or you are dealing with moisture issues in your home, it’s a good idea to contact a professional for an inspection.

Professional mold remediation is the only way to guarantee a safe environment.

Fire or water damage? Dealing with Mold or Asbestos Problems? We can help. We’re an experience local company servicing Boulder, Longmont, and the surrounding areas. We’re your advocate, hand-picked to fix your immediate problems and long term issues.

TALK TO A RESTORATION EXPERT